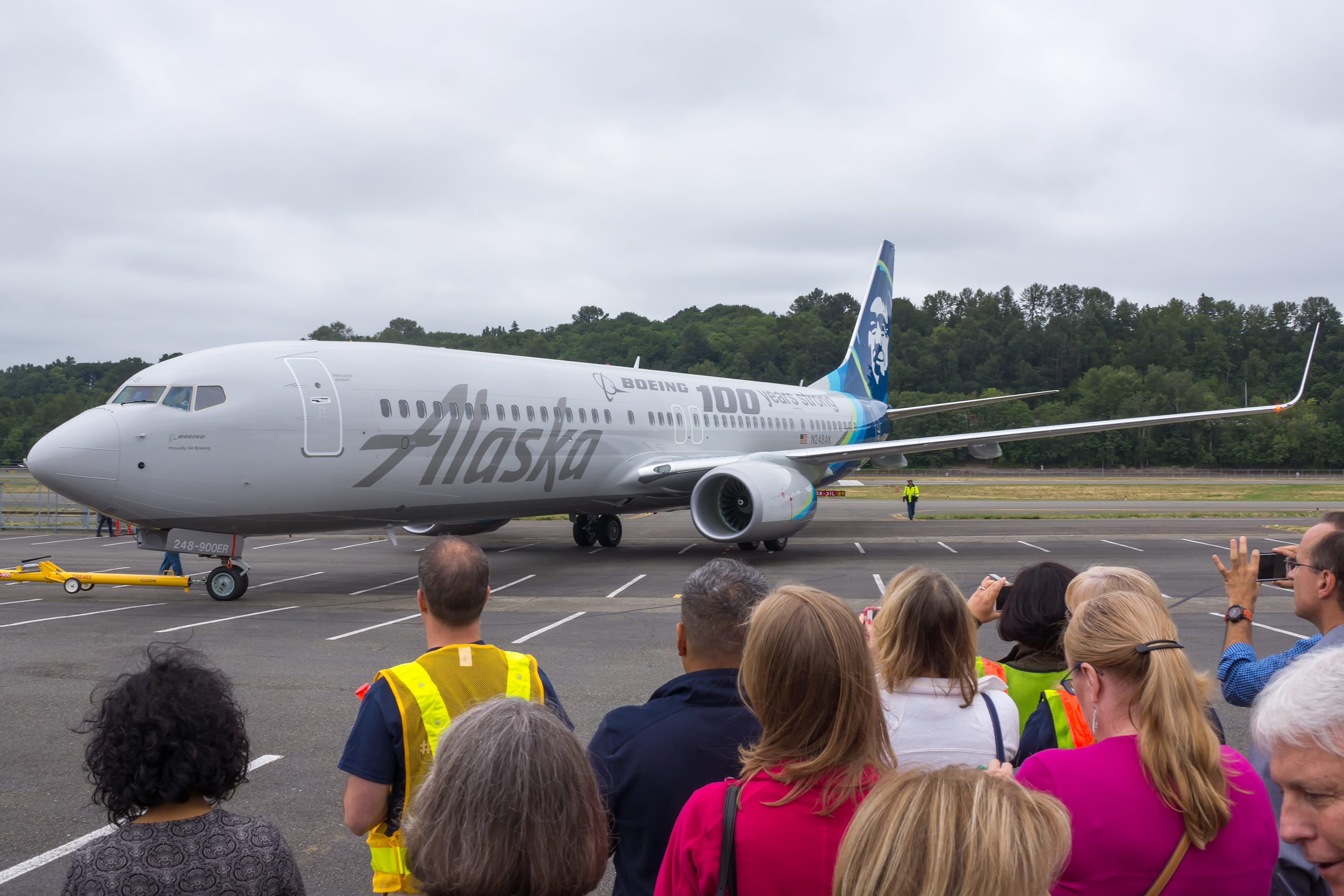 This year (2016) mark the 100th year of the Boeing Company in aviation business. One of Boeing’s long time partner Alaska Airlines painted their brand new 737-900ER aircraft with “100 Years Strong” markings on the side of the aircraft to congratulate Boeing’s milestone and success in the aviation industry.

On the day of the event, a group of selected 4th and 5th graders were specially invited to be the very first passengers onboard this aircraft to celebrate Boeing’s 100th birthday. Those students are from Museum of Flight’s summer camp that encourage the younger generation to pursue their future in Science, Technology, Engineering, and Mathematics (STEM). Onboard with the students were Alaska Airlines CEO Bradley Tilden, Boeing Commercial Airplanes CEO Ray Conner, and former Washington State Governor Christine Gregoire. 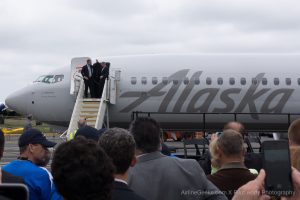 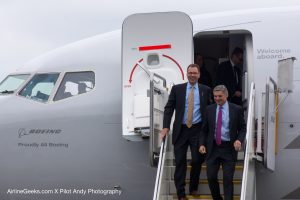 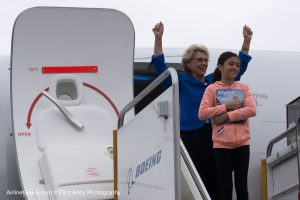 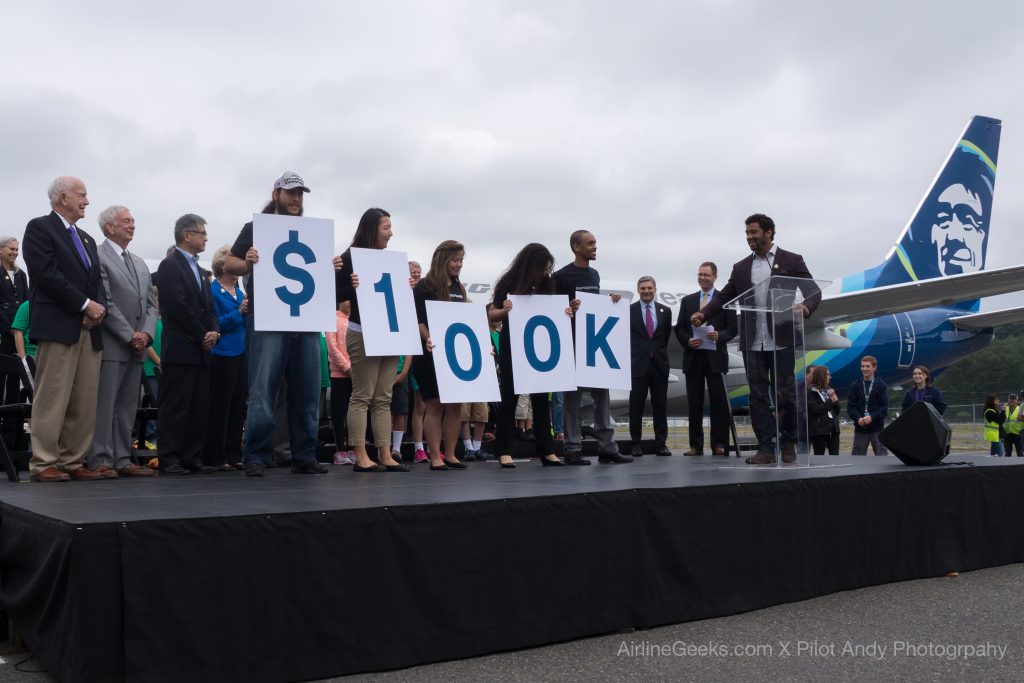 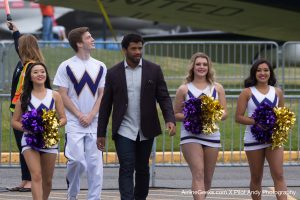 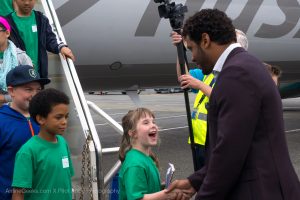 Children are excited to see Russel! 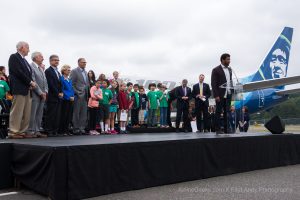 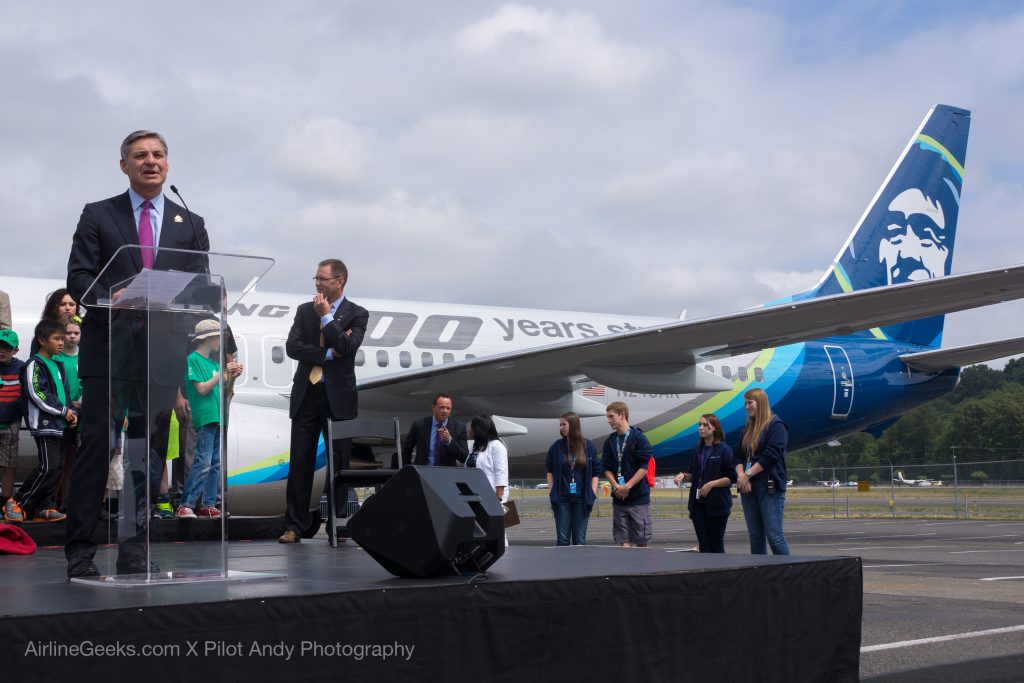 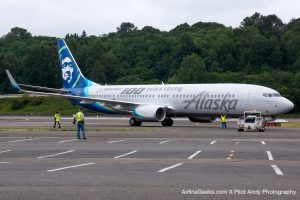 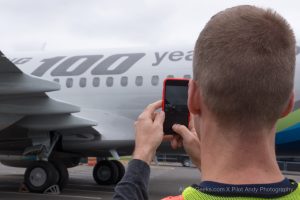 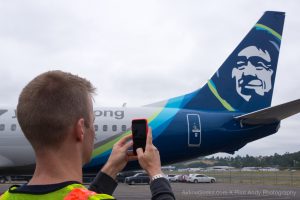 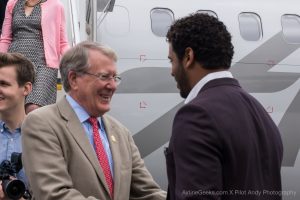 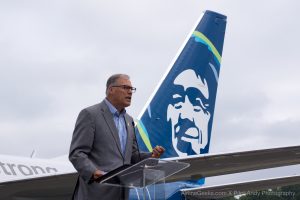 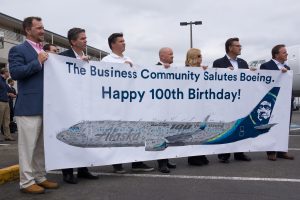