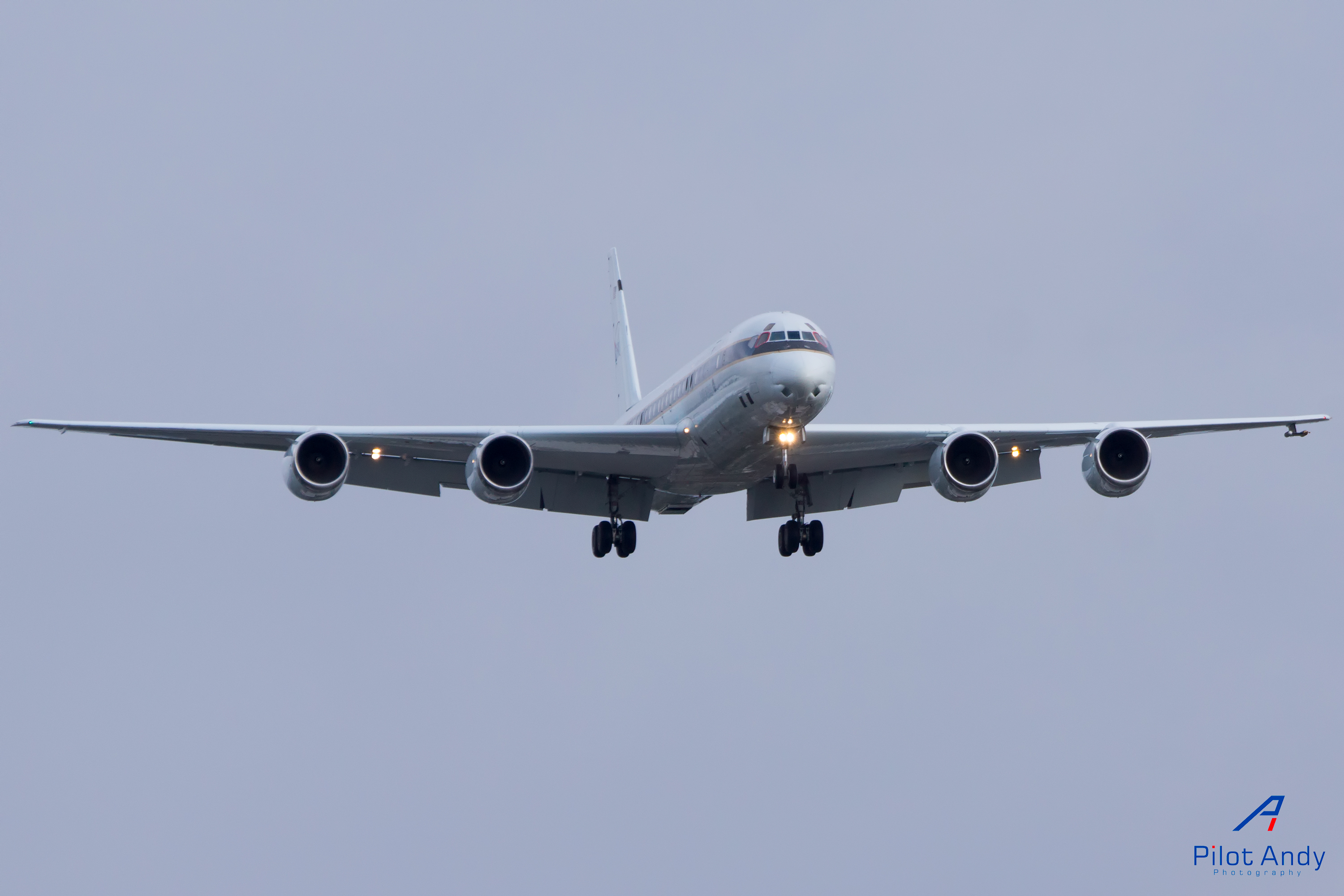 This weekend I made a trip south with my friend Jeff to see an old bird that still flies, DC-8! This specific DC-8 is operated by NASA and is in town for some extreme weather experiment. NASA’s DC-8-72 is a four-engine jet has been highly modified to support the NASA’s Airborne Science mission. After retrofitted with CFM56-2C1 engines, this 1969-built aircraft is re-certified as DC-8-72 (formerly DC-8-62) and was acquired by NASA in 1985. DC-8-72 is 157 feet long with a 148-foot wingspan. With a range of 5,400 nautical miles, it can fly from 1,000 to 42,000 feet for up to 12 hours, although most science missions average six to 10 hours according to NASA. With 45 experimenters and flight crews seated, this DC-8 is capable of carrying 30,000 pounds of scientific instruments and equipments. 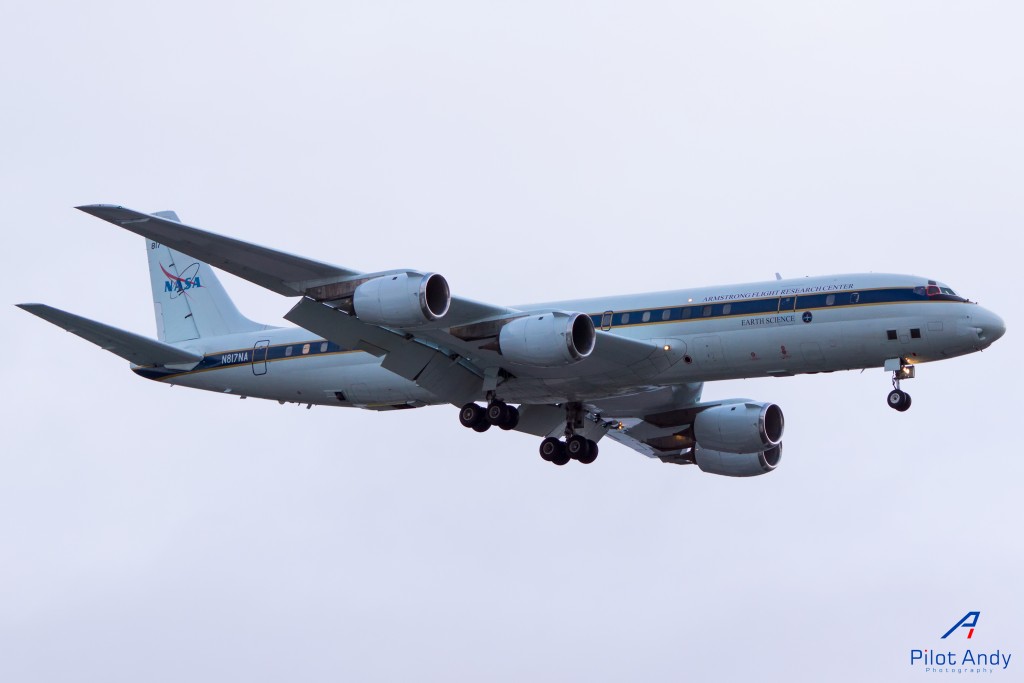 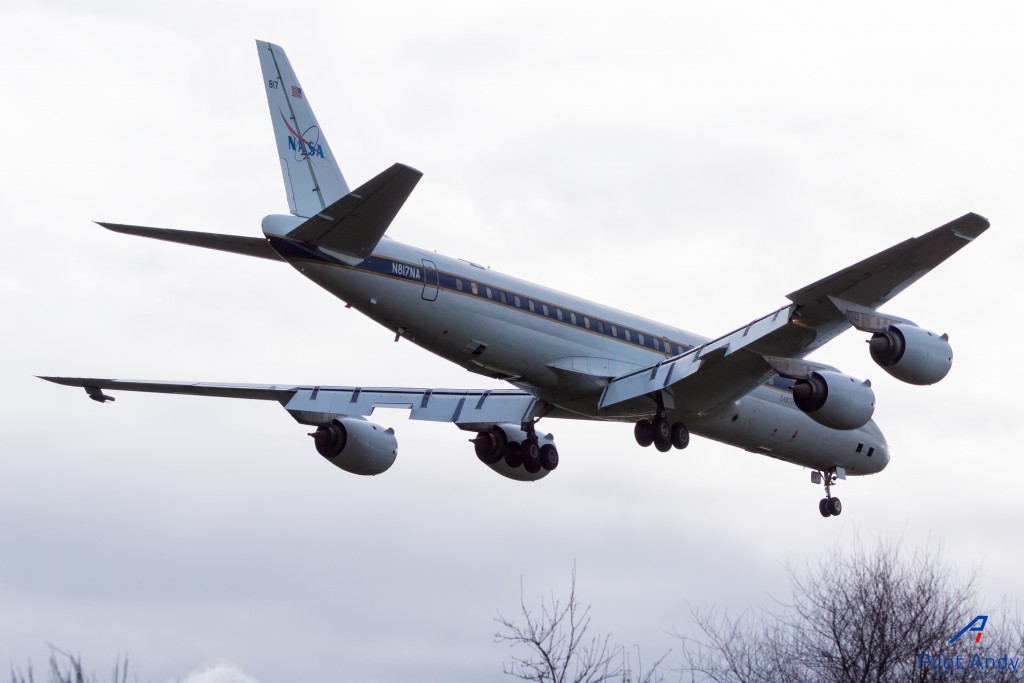 Recently in Seattle collaborating with the University of Washington, NASA’s Olympic Mountain Experiment (OLYMPEX) is an Earth science campaign aimed at validating Global Precipitation Measurement (GPM) satellite data. Combining airborne and ground observations over the wet Pacific Northwest, the campaign will focus on tracking precipitation over mountainous terrain that is difficult to measure. GPM is the first satellite of its kind to identify and provide real-time estimates of rain and snowfall as well as 3D imaging of hurricanes.

The information collected by GPM satellites will provide more accurate information for the prediction of atmospheric conditions that lead to our daily weather and global climate. Having accurate information on both rain and snow is critical for predicting when to plant crops, where to build houses, how to plan transportation routes, and to what extent we need assistance during extreme weather.

(All informations are from NASA)