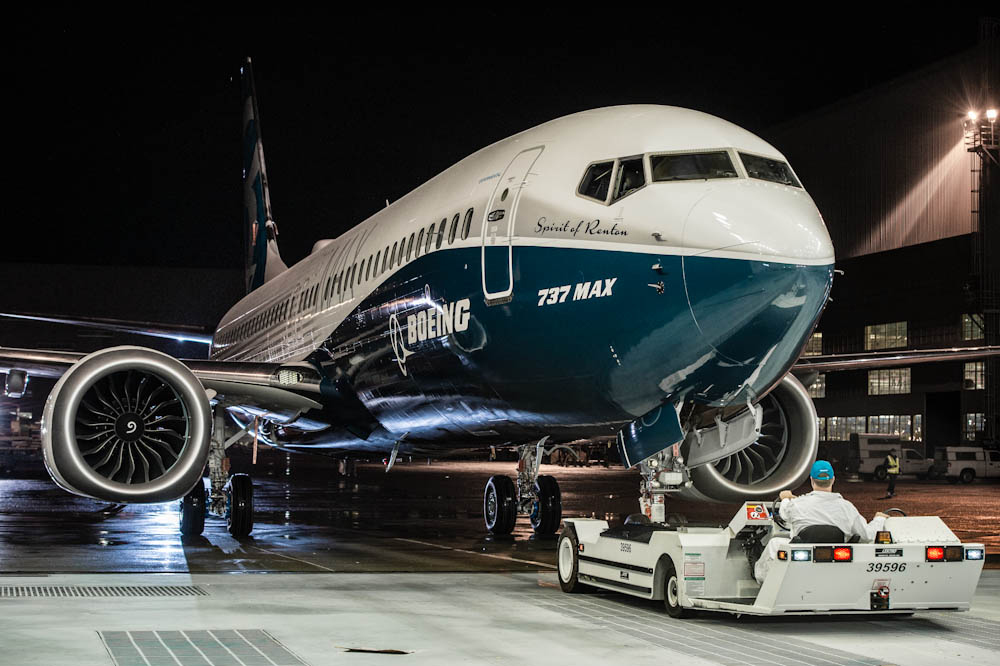 “Today marks another in a long series of milestones that our team has achieved on time, per plan, together,” said Keith Leverkuhn, Vice President and General Manager, 737 MAX, Boeing Commercial Airplanes. “With the rollout of the new 737 MAX – the first new airplane of Boeing’s second century – our team is upholding an incredible legacy while taking the 737 to the next level of performance.” The first 737 MAX 8 assembly is completed and off the final assembly line today at Renton, Washington with celebration with thousands of employees. 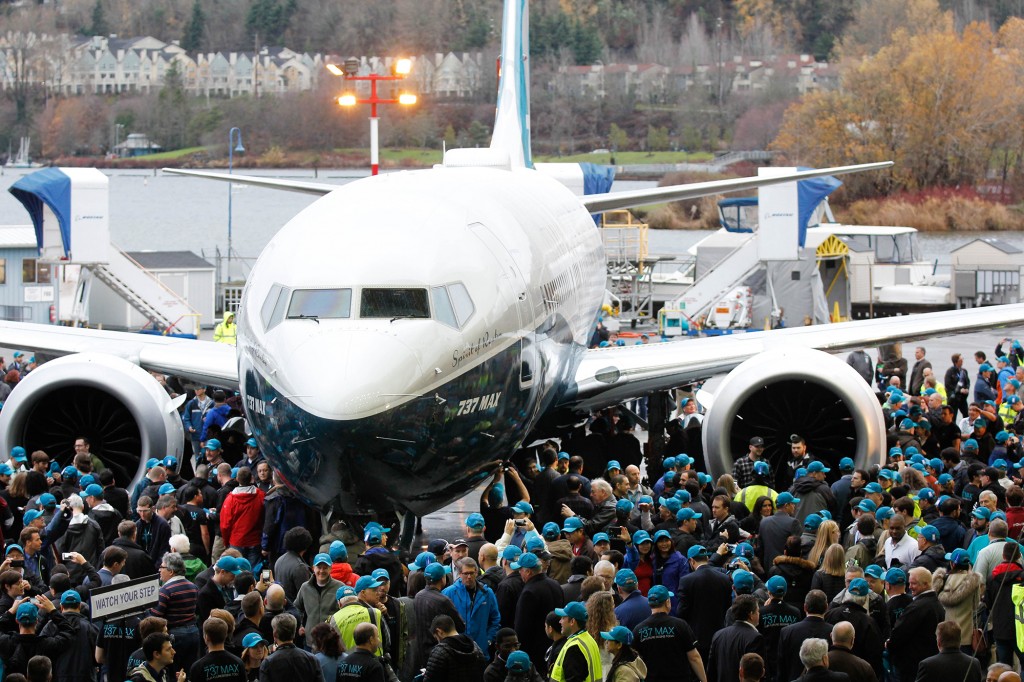 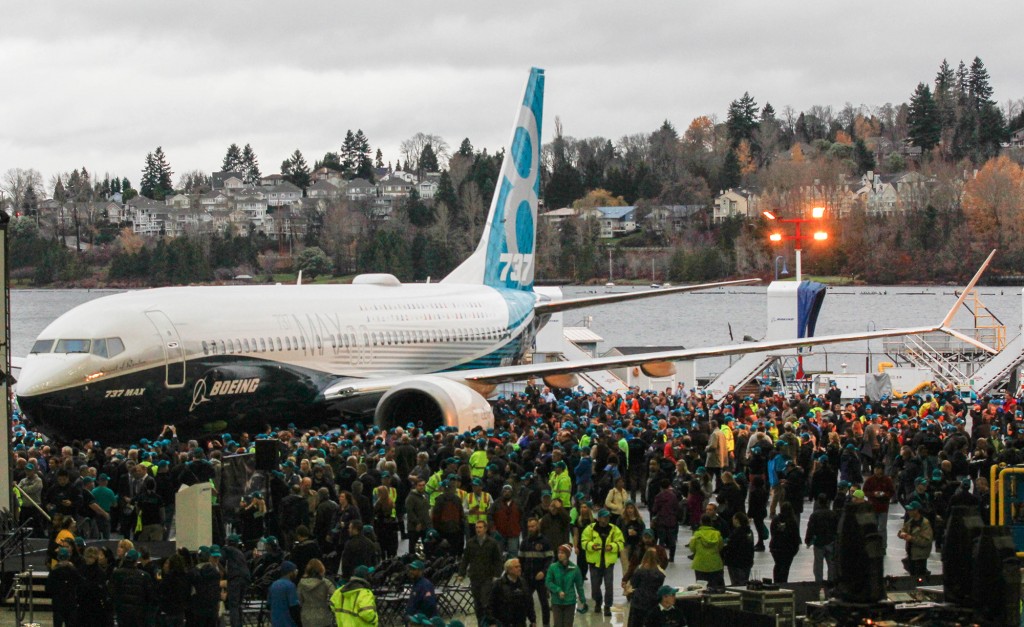 “Spirit of Renton”, the new generation of the Boeing 737 was freshly painted in a special teal version of the Boeing signature livery. After the celebration, the airplane will be towed back into the factory preparing for it’s first flight out of Renton Airport and continue it’s flight testing and certification. The first flight of the 737 MAX 8 is on track for early 2016. 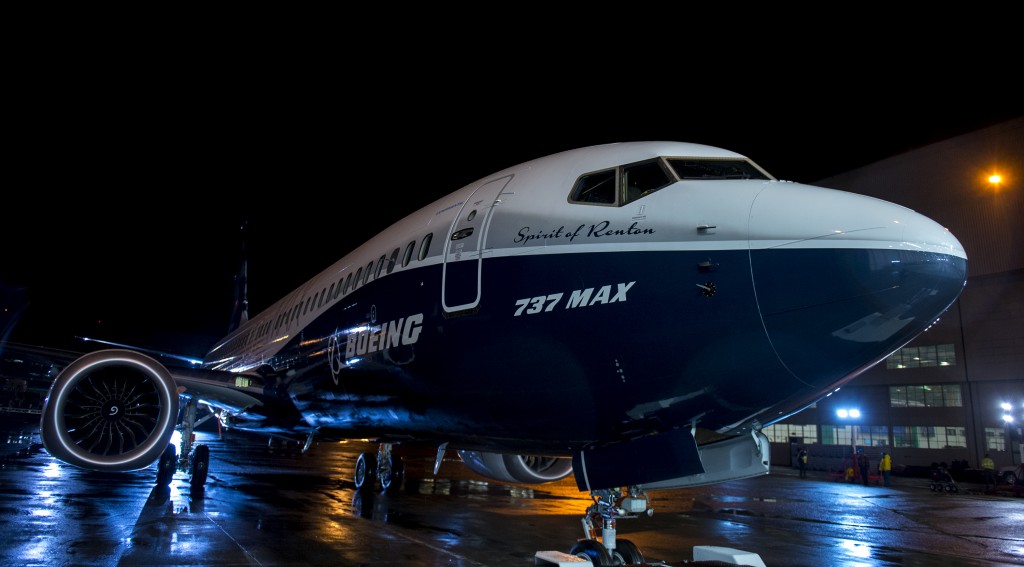 With the three more flight test airplanes currently in the assembly line, the first delivery for launch customer – Southwest Airlines is still on track for third quarter of 2017. Incorporating with newest and latest technology CFM International LEAP-1B and Boeing-designed Advanced Technology winglets, this fourth generation of the 737 family will carry 20% less fuel burn compare with the first Next-Generation 737s; also the 737 MAX has the lowest operating costs: 8% less then the Airbus A320neo. Along with other improvement, the 737 MAX delivers the highest efficiency, reliability , and passengers comforts in the single-aisle market. 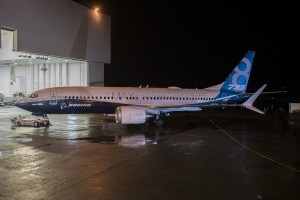 Moments after rolled out from paint hanger © BOEING 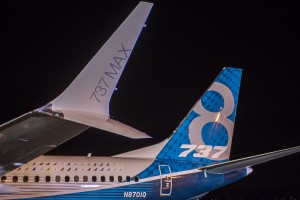 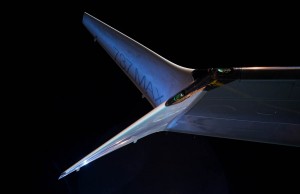 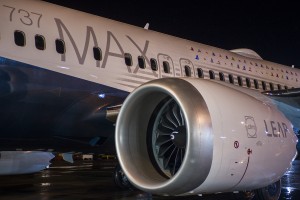 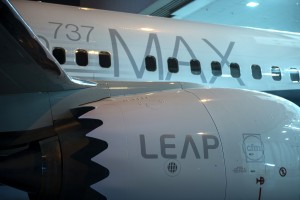 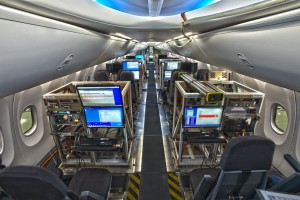 (The Story is from Boeing Press Release and All Photos are courtesy of Boeing. Boeing reserved the copyright of the images)