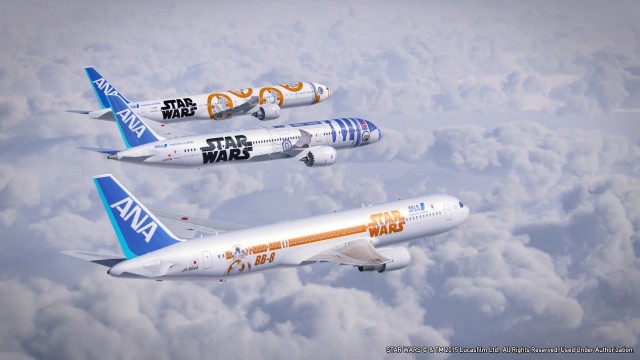 All 3 aircrafts of the Star Wars fleet. 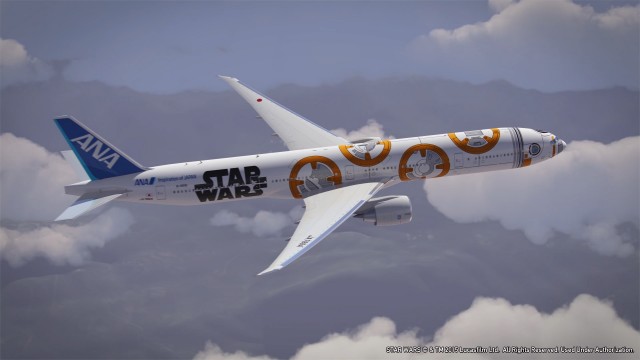 The first will be BB-8, which features in the new Star Wars series “The Force Awakens”, on Boeing 777-300ER. Starting March 2016, the BB-8 jet is scheduled to serve principally routes between Japan and North America (exact route has yet to be announced). 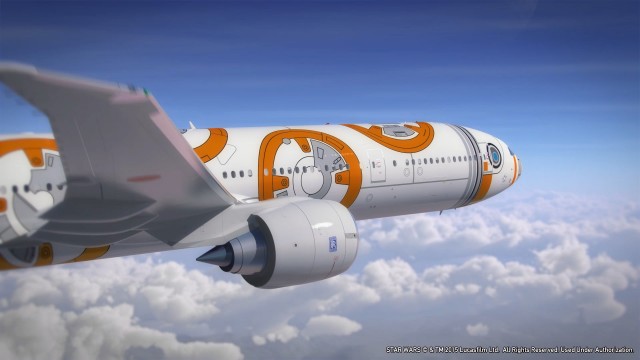 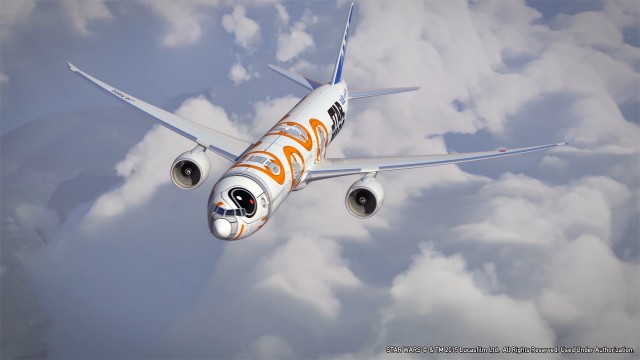 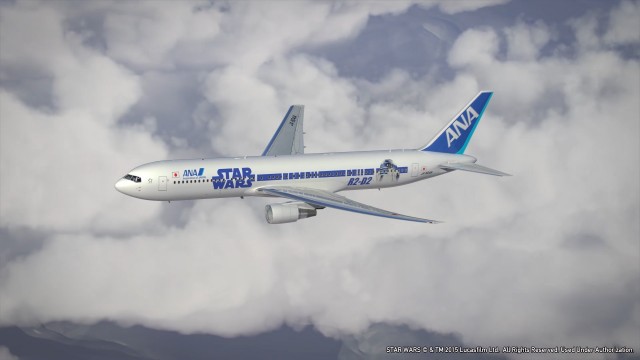 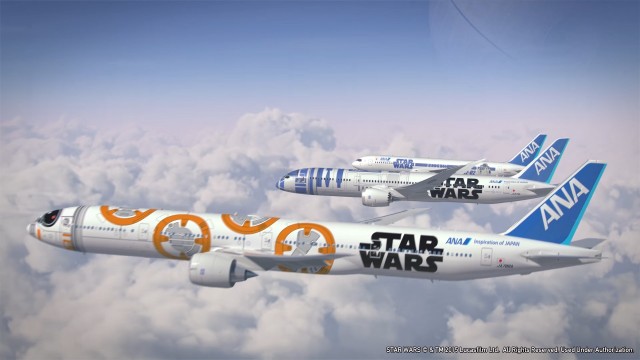 All 3 aircrafts of the Star Wars fleet.

The planes are not only themed on the outside, but also the inside! In-flight decoration such as cups, napkins, and headrest covers will feature Star Wars characters. For the very first time, ANA will be the first airlines to offer all six of the Star Wars movies on their international route.

As currently planned, the ANA’s R2-D2 jet will start serving NH116 (Tokyo-Vancouver) on October 18. It will then be put on additional routes including Seattle, San Jose, Munich, Paris, Brussels, Sydney, Beijing, and Jakarta. The plane will fly domestic Japanese routes during November. The BB-8 jet will star serving routes between Japan and North America in March 2016 (exact route yet to be announced). Want to know more information and the flight schedules so you can fly on one of these jets, ANA has created a special themed website!